Every year after my fifth grade class reads the novel Bridge to Terabithia by Katherine Paterson, I have them do a project in which they create their own imaginary worlds.  They design a map and a flag, a national animal and plant, write up the history of their world, etc.  It’s always fun to see the unique ideas they each come up with, but one of my favorite sections to grade is the one where they must create a list of laws to be followed (and consequences for breaking them).  It gives some interesting insights into their priorities and how their minds work!  Here are some of my favorite laws from this year’s projects.   In a few cases I’ve edited them for grammar and clarity.  In some cases, the odd phrasing was part of what made them amusing, so I’ve left it in!

All citizens need to own a soccer ball (if they cannot afford one, it will be provided).  Consequence for breaking this law: must watch soccer on TV for 24 hours straight.

No cars, airplanes, buses, subways, motorcycles, scooters, trucks, or any transportation, except for boats.

No speeding.  (This was from a world inhabited by turtles.)

Do not steal other turtles’ shells or you will be branded with a “T” on your shell and sent to Turtle Prison.

You are not allowed to try to take over the world.

You are not allowed to try to kill someone or everyone on this planet.

You can’t eat machine.  Consequence: you will be burned.

Exercise 30 minutes a day.  Consequence: have to exercise 2 hours a day.

Eat 30% of meat, 30% of vegetable, 30% of water, and 20% of rice each day, stay healthy.  Consequence: will eat and drink 2 times more each day.  (In my defense as this student’s teacher, we don’t actually learn percentages in fifth grade!)

Freedom of speech.  Consequence: will be stoned to death.

All people must obey (student’s name); if not they will be sent to execution with no trial.

Read a book every day.  Consequence: jail for 12 hours.

Do not do inappropriate stuff.  Consequence: will be put behind bars.

Do not murder extincted animal because they are rare and special.

Summer vacation should be a vacation.  No summer schools!  Parents will get punished.

No getting married until you’re at least 26.  Consequence: will be divorced by government.

If you steal anything, you will be thrown into the boiling volcano.

I realized I never got around to blogging about this project last year, so I’ll go ahead and include some laws from my previous class as well:

No one should have more than 8 weapons.

No citizen is allowed to be a doctor without permission.  If you do, you’d have to go back to college to study for the doctor degree.

No one is allowed to use electricity for bad things; if you do, you might die of electricity shock.

No adultery or else you’ll get thrown into prison for life and get executed.

Don’t spit gum on the ground, or you will have to go through all the trash cans at the park and take out people’s chewed gum.

Every man at the age of 16 must be in the army or else they will get sentenced to death.

Everyone has to go to school by the age of 5 or they will have to work as an apprentice till they are 15 years old.

No swearing, or you will be put in an Anger Management Center for two months not leaving that place.

No being unkind.  If you be unkind for no reason at all, you will not be able to do anything fun inside and outside your house.

Kids are not allowed to go outside when they are 0-7 years old because they are too young to go out and play.

You are not allowed to marry until you are 23.  If you marry younger than 23 you will have to give your husband or your wife away from you and marry another person when you get to 23.

You cannot kidnap anyone unless it is the government doing so with a warrant.

You can’t call a pickle a pickle if it does not bounce, or you will have 1 hour of community service.

Do not build over 2 factories in one family or per person, because the air would get polluted.

Never spy on your own country.  Whoever breaks this law will be execute it.

Do not pick flowers; they are dangerously poisonous unless self-bred.

Trust no one; no one is trustworthy.

Do not make loud noises, or else the animals will come and eat you.

Every boy must go out of the village and live in the wilderness for twenty moons after the boy’s fourteenth birthday, so that he can be called a grown man.  If broken, that boy will not have another chance till he is eighteen.

Do not cause trouble among the people.  Punishment: 5 year imprisonment or death.

Do not steal, do not lie, do not murder.  Penalty: no breakfast for the next day.

Do not harm lions.  Consequence: you’ll be hurt by lions.

You must marry before 26 years old.  Consequence: you will go to jail until you get somebody to marry you.

Students must go to the school after 13 years old; they can have free time till 13.  Consequence: parents will have to go to school if they let their children go to school before 13 years old.

Everyone must eat candy 2 times a week.  If you don’t, you will be whipped.

You are not allowed to harm the national animals and plants.  If you do, you will work with animals for 1 year. 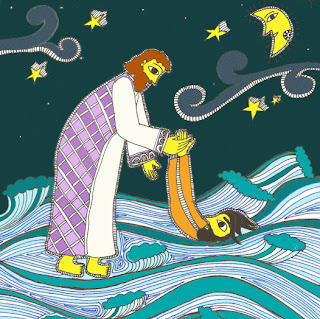