The Claus Box Set
Now you can purchase all three books in the Claus Series together! 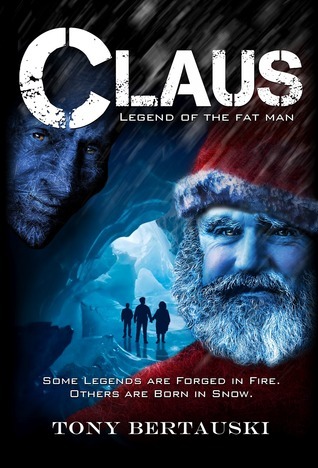 The Christmas story you never heard.

In the early 1800s, Nicholas, Jessica and Jon Santa attempt the first human trek to the North Pole and stumble upon an ancient race of people left over from the Ice Age. They are short, fat and hairy. They slide across the ice on scaly soles and carve their homes in the ice that floats on the Arctic Ocean. The elven are adapted to life in the extreme cold. They are as wise as they are ancient.

Their scientific advancements have yielded great inventions — time-stopping devices and gravitational spheres that build living snowmen and genetically-modified reindeer that leap great distances. Theyíve even unlocked the secrets to aging. For 40,000 years, they have lived in peace.

An elven known as The Cold One has divided his people. Heís tired of their seclusion and wants to conquer the world. Only one elven stands between The Cold
One and total chaos. Heís white-bearded and red-coated. The Santa family will help him stop The Cold One. They will come to the aid of a legendary elven
known as…Claus. 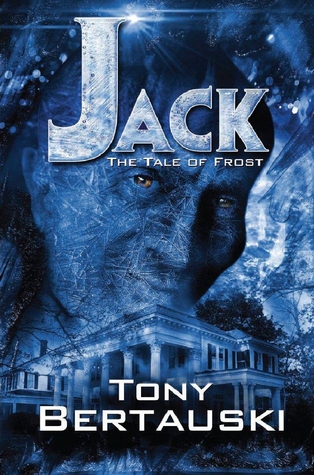 Sura is sixteen years old when she meets Mr. Frost. Heís very short and very fat and he likes his room very, very cold. Some might say inhumanly cold. His first name isnít Jack, sheís told. And thatís all she needed to know.

Mr. Frostís love for Christmas is over-the-top and slightly psychotic. And why not? Heís made billions of dollars off the holiday he invented. Or so he claims. Rumor is heís an elven, but thatís silly. Elven arenít real. And if they were, they wouldnít live in South Carolina. They wouldnít hide in a tower and go to the basement to makeÖthings.

As if juvenile diabetes isnít enough, heís forced to live with his tyrannical grandmother in a snow-bound house. He spends his days doing chores and the nights listening to the forest rumble.

But when he discovers the first leather-bound journal, the family secrets begin to surface. The mystery of his great-grandfatherís voyage to the North Pole is revealed. Thatís when the snowman appears.

Because sometimes even magic needs a little help.

Amazon – Barnes & Noble
JACK (an Excerpt)
Joe leads her into the maze. They run their hands over the flat-topped boxwoods, shuffle over the oyster shell path. The sunken garden is imbued with warmth, the kind that flows through her, melts in her stomach, opens her heart. She smiles, involuntarily, as she couldn’t frown if she tried.
The short, fat woman sits on a square pedestal inside a round pool, water dripping from her frozen hands. Light emanates from the center without a source.
“Who is she?” Sura asks.
“You’ve never heard the Myth of Jocah?”
They walk slowly around it.
“Long ago, way before humans, there was a goddess that was exiled from the heavens because she was pregnant. She called Earth her home. It wasn’t very hospitable and none of the other gods came to visit her. She gave birth to twins. One was good, the other bad. But they were her sons so she loved them both. And together they loved Earth.
“But she was lonely. The time came for her to leave, to attend matters elsewhere in the universe, or whatever gods and goddesses do, but she loved Earth so much that she didn’t want to leave it to her boys to squabble over.”
They walk quietly and slowly, like walking meditation. Jocah, Sura notices, has a single long braid.
“So, one day,” Joe says, “Jocah broke two chunks of earth from the ground. She launched one into the sky. It soared up into the heavens where it froze into a block of ice, exploding before it reached space. Snowflakes were spit through the four gateways and covered the planet in a sheet of ice.”
Joe gestures to the four openings along the tall hedges, each an arching arbor. North, south, east and west.
“She crushed the other chunk of earth into dust and blew it over the pristine glaciers. These seeds of earth took root and grew into beings that took the form of their creator.”
Joe nods at the sculpture.
“Short and fat,” Sura says. “Adapted to the cold.”
“That’s what they say.”
They stop at the front of the sculpture, Jocah facing north. A small inscription is carved at the base.
Care for this World.
“The myth says she whispered that to the fat, little people before she left. They were in charge of watching over Earth.”
“Where are they now?”
“Where the ice is.” Joe points. “North Pole.”
Joe dips his hand in the pool, drizzles it into Sura’s open palm. She expects it to be half a degree above freezing but it’s warm. “The statue weeps for the world’s troubles, but the myth says they’re not tears of sorrow or happiness.”
He touches Sura’s lip. The water is salty.
“It’s tears of joy.”
“Joy?”
“For truth. Existence. That sort of thing. It’s a myth, a story. But it’s a good one.”
“Where’d you hear it?” Sura asks.
“Jonah.”
Sura’s mom never told her the myth. She wonders if Joe is the lucky one. Even if his father doesn’t like anyone, at least he brought him here and told him stories.
“You’re telling me Mr. Frost is one of them?” Sura asks.
Joe chuckles. “It’s just a story; he probably made it up. My guess is the sculpture is his mother. Think about it, you want to tell people you have an ice sculpture of your mother in the garden or a goddess?”
Sura scoops up a handful of water, lets it trickle between her fingers. The statue appears to melt but never changes shape. The water so clear and perfect.
“One of the twins, the story goes, becomes Santa Claus—only they just called him Claus. In the old days, he spread truth to the people instead of presents.”
“And that’s why Mr. Frost is obsessed with Christmas?”
“Well, that and the fact that he’s made a trillion dollars selling presents, yeah. He owes his entire fortune to Christmas.”
“He does?”
“The toy factory is below ground.”

During the day, I’m a horticulturist. While I’ve spent much of my career designing landscapes or diagnosing dying plants, I’ve always been a storyteller. My writing career began with magazine columns, landscape design textbooks, and a gardening column at the Post and Courier (Charleston, SC). However, I’ve always fancied fiction.

And I’m a big fan of plot twists.