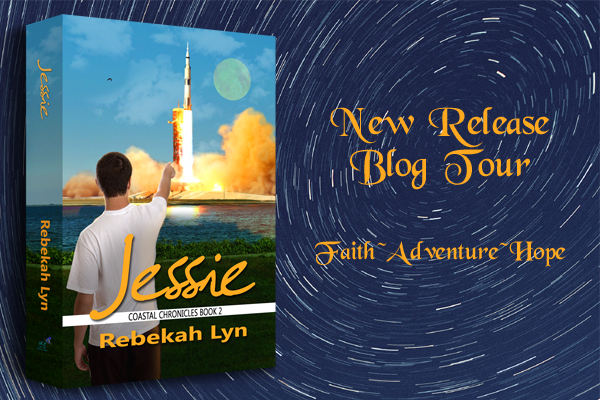 Annie, thank you for being a host on my New Release Blog Tour. I decided to create this character interview as a conversation among the Cole brothers. I tucked a subtle hint about one of the boys into the conversation.

Afternoon with the Cole Boys

Max, Ricky, and Sam snaked through the underbrush, arriving at their fort ten minutes after the final school bell rang. “How long you think Jessie is gonna keep going to these tutoring sessions?” Ricky asked.

“Until he’s caught up and his grades improve,” Sam replied.

“It was more fun when he didn’t care about school and we could all hang out together. I miss going hunting or fishing anytime we wanted,” Ricky said.

“Remember the first time we took him hunting?” Max asked. “He had just turned ten and had been begging us to take him out for weeks.”

Sam laughed. “Yeah, he was barely taller than the rifle, but he managed to bring home a rabbit and two ducks.”

“All those days of hiding in the woods with me when Pop was out of blood taught him the importance of keeping quiet,” Max said.  “The animals didn’t even seem to know we were there, they’d come within feet of us before catching our scent and taking off.”

“You both would do good to take some interest in your own school work,” Sam said.

“What’s the point?” Max frowned. “I’m almost done and will probably end up being sent to Vietnam. All I need to know over there is how to keep my head down.”

“You don’t know you will called up and what about when you come home? You don’t want to work at the grocery store forever do you?” Sam asked.

Max opened his pocketknife, picked up a stick, and started shaving off the bark.

“I’m going into construction when I get out of school,” Ricky said. “I won’t need to know about English or science or any of that boring stuff.”

Sam sighed. “Well, I’m glad Jessie is trying to improve his grades and we need to be supportive of him. I think it would be pretty cool to have an astronaut in the family.”

Max looked up from his whittling and grinned. “Wouldn’t that be a real punch in the face to Pop?”

“Give Dad a break, he’s trying to get his life back together and I think he’d be proud of Jessie if he made it into the astronaut program,” Sam said.

“Yeah, yeah, enough talk about school. Let’s go fishing.” Ricky pushed himself off the ground and brushed some leaves off his shorts.

The boys raced through the trees, across the ditch, and down the dirt road to the back door of their house. Ricky arrived first, bending over to catch his breath, Max and Same close behind, barely winded. “You okay, Ricky?” Sam asked with concern. Ricky nodded, taking large gulps of air. Max pulled three fishing poles from a tangled mess in a corner near the back door while Sam located the tackle box. When Ricky’s breathing returned to normal the boys set off toward the river.

The four Cole boys suffer abuse at the hands of an alcoholic father, while largely being left to their own devices by a heartbroken and overworked mother. Their adventures on their island home have become a welcome escape, and one of the only things in life the boys can truly rely on. Jessie, the youngest and a dreamer, becomes enamored with US plans for manned space flight and its race to the moon, stirring his own dreams of one day becoming an astronaut. In a strange twist of fate, it is the space program and the momentum it gains that abruptly brings their beloved island life to an end. The family is forced to move to the city and start anew. Life in town creates new challenges, financial pressures, news of the Vietnam War and the impending threat of the military draft for Max the eldest of the Cole brothers. 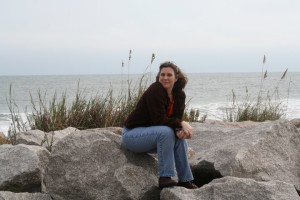 Rebekah Lyn is a popular Indie writer with a strong following of loyal readers who enjoy her inspirational novels of Faith, Adventure, and Hope. She is a Christian with a heart for new beginnings, and her desire is to reflect that in each of her books. Rebekah is a sandal-loving native Floridian, growing up in Titusville, Florida, within sight of the Kennedy Space Center. This was an exciting time to live on the Space Coast, with launches taking place on a regular basis. Growing up, the best place to watch a launch was at the edge of the Indian River, just blocks from Rebekah’s home. Fond memories abound of windows rattling and dogs barking as the big Saturn rockets or the Space Shuttles raced into the heavens. Sonic booms made everyone jump as the astronauts returned from space, and sometimes she could get a glimpse of their return in the skies above her home. She will always be proud of America’s space program. An eye witness to the Challenger disaster on January 28, 1986, she and her fellow classmates watched with horror as the historic event unfolding before them. This event became a personal and lasting memory. An active participant in social media, Rebekah enjoys interacting with her readers, particularly at her her signature “Tea with the Author” events.

Rebekah Lyn Invites you to purchase books and e-books through: Amazon   Barnes and Noble Smashwords   iTunes

Connect with Rebekah through: