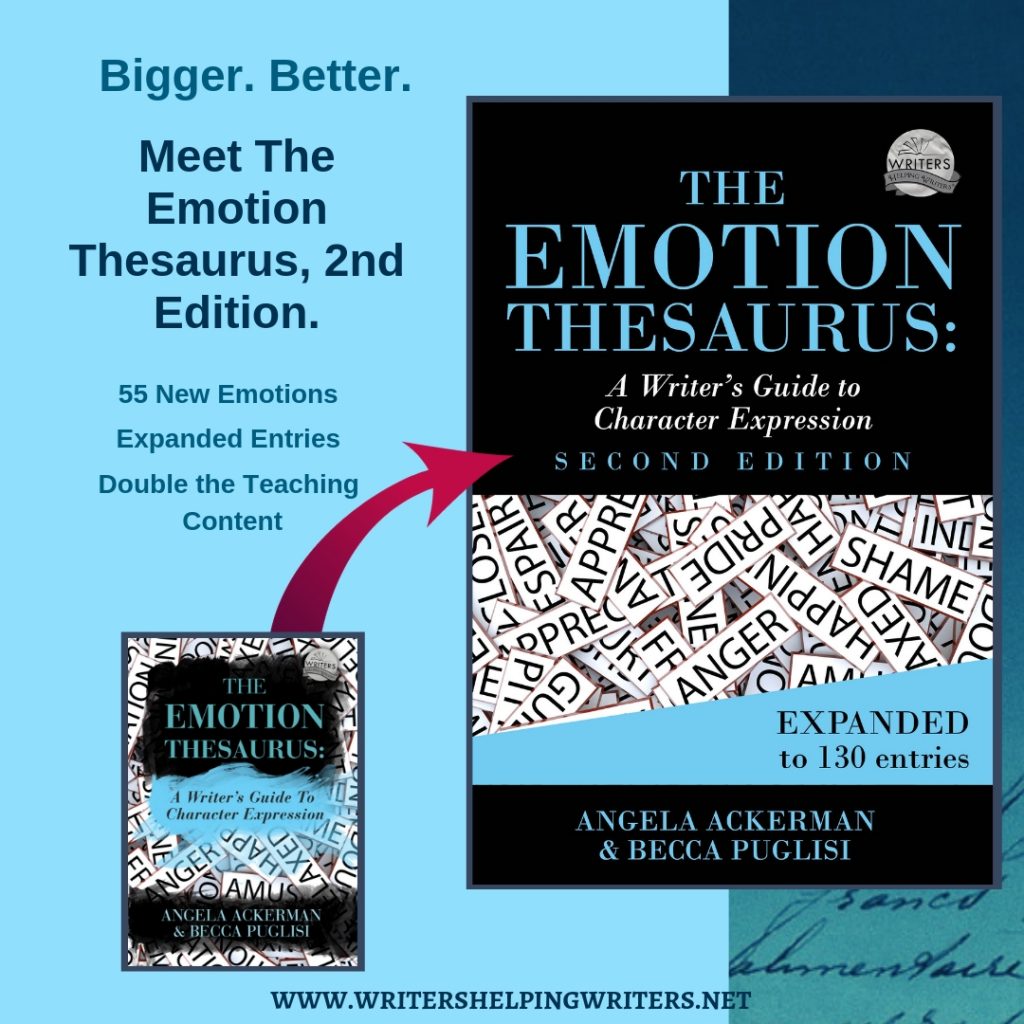 So today I’m sharing some news: authors Angela Ackerman and Becca Puglisi have released a second edition of The Emotion Thesaurus: A Writer’s Guide to Character Expression! You may have heard of this book, or even own a copy, but it’s quite possible that you didn’t realize it had a second edition. Up until a month ago, I didn’t either! It was all kept a secret by the authors who were determined to “show, not tell” their next new book through a mystery reveal. I

This second edition is more than a new cover. It’s been been enhanced and expanded to include 55 new entries and double the teaching material. Now we can go even deeper when showing our characters’ emotions!

Anyway, if you want to look into it further, you can read some of the reviews on Goodreads or find more information here. Also, one more thing I want to share…a MEGA-OPPORTUNITY to win something amazing! 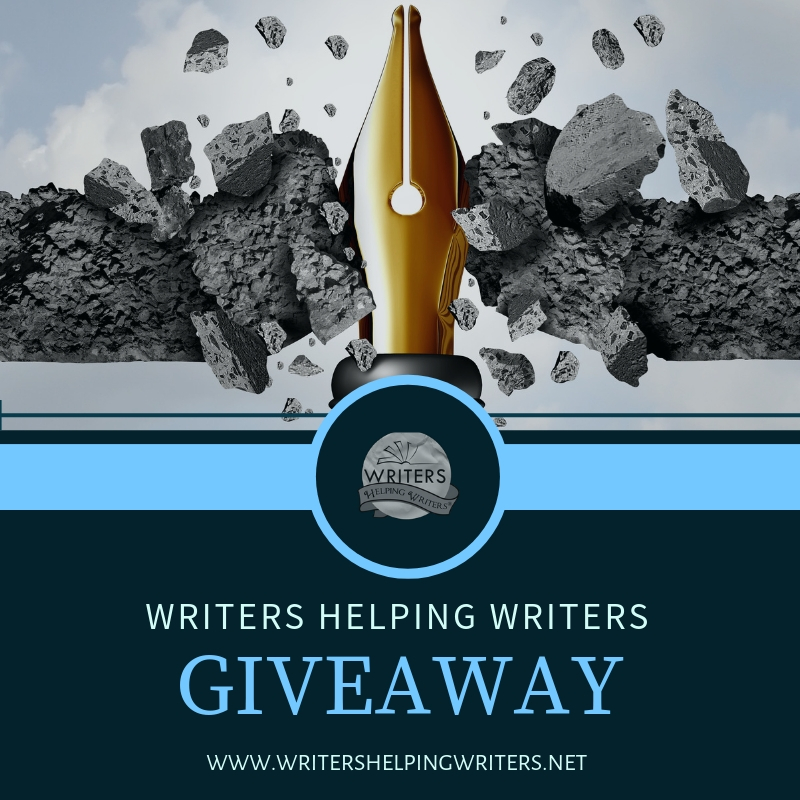 To celebrate the new book & its dedicated readers, Angela and Becca have an unbelievable giveaway on right now: one person will win a free writing retreat, conference, workshop, or professional membership to a writing organization, winner’s choice (up to $500 US, with some other conditions which are listed on the WHW site). What conference would you attend if the fee was already paid for…or would you choose a retreat? Something else? Decisions, decisions! This giveaway ends on February 26th, so hurry over and enter!

I have a secret to spill!
For the last month, I’ve been part of a Street Team for Angela and Becca at Writers Helping Writers, who are launching their new writing book on February 19th. Because they are known for showing, not telling, they decided it would be fun to keep the thesaurus book’s topic a secret until the book cover reveal…WHICH IS TODAY!
It’s been hard keeping quiet about this, so I am thrilled I can finally announce that The Emotion Thesaurus Second Edition is coming! Many of you writers know (and possibly use) the original Emotion Thesaurus. It released in 2012 and became a must-have resource for many because it contained lists of body language, thoughts, and visceral sensations for 75 emotions, making the difficult task of showing character emotion on the page much easier. Many people have asked Angela and Becca to add more emotions over the years that they decided to create a second edition. It contains 55 NEW entries, bringing the total to 130 emotions. This book is almost DOUBLE IN SIZE and there’s a lot more new content, so I recommend checking it out. And you can. Right now.

This book is available for preorder, so you can find all the details about this new book’s contents by visiting  Amazon, Kobo, Apple iBooks, and Indiebound or swinging by Writers Helping Writers. You can view the full list of emotions included in this new book, too.

One last thing…Angela & Becca have a special gift for writers HERE. If you like free education, stop by and check it out. (It’s only available for a limited time!)