Contact
$0.00
Moving Too Fast – a Sweet Romance with a Giveaway! On tour with Prism Book Tours
Welcome to my stop for the REVIEW & EXCERPT TOUR for
Moving Too Fast
Destiny Bay Romances: Sweet Editions
by Helen Conrad
Special Price!
Moving Too Fast is only $0.99 for Kindle from now until Sunday, June 1st! A sweet old-fashioned girl–
–isn’t what Grant Carrington is looking for. A man who lives for speed and danger, he’s only slowed down because he’s been forced to by an injury. Carrie Harlow isn’t his type, but he needs her in order to heal. She knows she’s playing with fire, but she feels she can help him and she goes for it—even though she knows she’s endangering her own heart as she fixes his.
Recipe for Carrie’s Chicken Picatta included.
Purchase from Amazon. 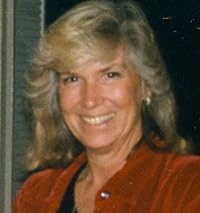 Helen Conrad is an award-winning, bestselling author of more than 90 romances (over 15 million copies sold) published under various pseudonyms with Harlequin, Silhouette, Loveswept, and others. She is currently revamping and rewriting much of her backlist—mainly into the Destiny Bay Romances Series. The first six, the Forever Yours Series, are being rewritten as Sweet Editions.

Website – Facebook – Goodreads
A Little About the Destiny Bay Romances: Sweet Editions
From Author Helen Conrad
“The Destiny Bay Romances take place in the sort of beach town I’ve always loved–and now I live in one! But writing about beach towns came first and this series is centered on the rich, influential Carrington family living along the California Coast, and in Hawaii. These are good-looking, fast-driving, hard-hitting men and women whose impulses lead them into trouble every time–and inevitably to fall in love.
The original series includes language and love scenes that aren’t, for the most part, especially harsh and explicit–but some of my readers from my years writing sweets for Harlequin as Raye Morgan have asked if we couldn’t have sweet and clean versions–and I thought–what a good idea!
These are basically the same stories…but with the conflicts softened a bit, the language cleaned up, and no explicit love scenes. There are still a few adult situations, but they’re muted. Consider these the PG versions.
I hope you enjoy them!”
Tour-Wide Giveaway

– 2 sets of ebooks of Run Run Runaway, A Little Blackmail, and Moving Too Fast (INT)

The other stops on this tour:

May 26 – Book Intro
May 27
Kelly P’s Blog
deal sharing aunt
My Ereader and Me
May 28
All That’s Written …
Mythical Books
I Am A Reader
May 29
The Wonderings of One Person
Katie’s Clean Book Collection
May 30
My Love for Reading Keeps Growing
Tressa’s Wishful Endings
The Reading Diaries
i blog 4 books
Jun 1
Letters from Annie Douglass Lima
Getting Your Read On
The Written Adventure
Christy’s Cozy Corners
LibriAmoriMiei
June 2 – Grand Finale
An Excerpt from the Story:
He turned back to the sink. “But right now I’m interested in cleaning these fish. What do you think? Can we eat them all tonight?”
Carrie shuddered, averting her gaze. She was deeply troubled by what he’d told her.  She was beginning more and more to understand why he was so hard on himself, so hard on her.
“I was thinking of sending out for pizza,” she said teasingly.
“Not on your life. We’ll make a huge cioppino.” He whacked off another head and it went shooting across the kitchen. “Oh, get that, will you?”
“You must be kidding!” she cried, half laughing.
He looked at her skeptically. “I’m not going to have much success in getting you to sauté the eyeballs, am I?”
Before she could answer he scooped up a handful of minnows and reached for the neck of her jersey top. Squealing, she backed away, but hardly fast enough. By the time they were finished, they both smelled like a fish market and had to go outside to hose off, but it was worth it.
It was days like this that gave her hope.  They went through some serious jolts in their relationship, but the moments of warmth and laughter always came tumbling in just in time to save the emotional connection that was just growing between them.
At least, that was the way she saw it.  She wasn’t so sure about him.

Are you a blogger and want to receive information about new tours? Go HERE.
Are you an author or publisher and would like to have us organize a tour event? Go HERE.
PREVIOUSNEXT
My Writing ProcessRun Run Runaway Grand Finale

One Reply to “Moving Too Fast – a Sweet Romance with a Giveaway!”

I think beaches and foreign cities are perfect for romance novels.