$0.00
Three Fates Press: the Founding of a Publishing House

Today I’m featuring a guest post by author K.A. DaVur, author and founder of the publishing house Three Fates Press.  Here she is to talk about her journey to publishing and what led her to start her own company. 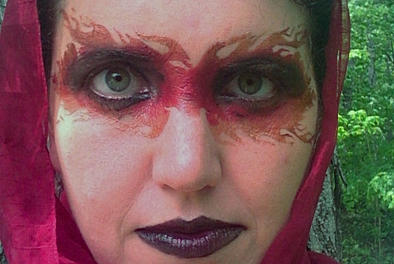 I once heard a saying, “The best day of a boatowner’s life is the day he buys a boat.  The second best is the day he sells it.”  That always struck me as having more than a grain of truth.  How many times do we dream about an item or an event, only to discover that the reality does not live up to the expectations?  Sometimes, the “boat” is simply more work than we were expecting, or perhaps we aren’t able to use it as often as we thought.  Sometimes, we discover that we don’t like “boats” as much as we’d anticipated.  Other times, we discover to our dismay that we’d bought a broken boat.

The latter was the case with me.  I have wanted to be an author for as long as I could put pen to paper.  A little over a year ago I sat in a small room in a convention center, armed with a manuscript, a carefully prepared pitch, and a great deal of hopes and ambition.  I was blessed that day, one of those magical moments when you know you’ve done it right, and I walked out of the room with numerous publishers who were willing to offer me contracts.  In other words, I found myself in a showroom of gorgeous boats that I could afford.  I had spent the day listening to the publishers talk about themselves and their company, and felt that I had a good grasp of the pros and cons of each.  After a great deal of thought and deliberation I made my choice.  It was, simply, one of the greatest days of my life.  My publisher pushed my book thorough at warpspeed, for which I was, and remain, incredibly grateful.  We launched with great success a few months later.  About that same time, things in the publishing house started to fall apart.  The publisher started returning rights to authors, not answering emails, and not following through on his obligations.  Granted, he had a lot of family and personal issues, and so much of that was unavoidable, but what impressed me the most was the way the “family” rallied around him.  I read, over and over again, messages from the authors that said things like, “Whatever I can do to help,” and “You take care of you, we will be fine.”  Our careers were in this man’s hands, and yet our first thought was for his well-being, that was a great example of the spirits of the people with whom I was working, but also what made what happened next so abhorrent.
You see, at about this same time, my publisher bought a gaming business, which began to flourish.  At that point, he began to utterly neglect his publishing house.  Emails and phone messages went unanswered for months, books went unordered, publicity and book selling events were not followed through upon, and more authors were dropped.  Worst of all, he became mean.  This same man who had received so much support from the authors whom he had signed, the man with whom I had signed because he seemed to have such a heart for his authors, became abrasive, snarky, and rude. At that point, I realized that staying with that company was no longer an option.  So, I became examining my other possibilities.  Signing with another house was an option, but I was hesitant because there was the chance of this happening again, and because none of my other options were passionate about me or about children’s/young adult fiction.  I wanted someone who was passionate about my books.  A large publishing house would have likely been an option, due to the success of my book, but I had been in control of my publicity and arranging my events, and I wanted that to continue.  Besides, where would that leave the other amazing people who had been walking this path with me?
So, I decided to start my own publishing company.  I was offered, and accepted, help and partnership from two women with decades of experience in the publishing world.  We put our heads together and came up with a plan for success for the house as a whole, and for the authors as individuals.  For the house, we planned on a very measured rate of development so as not to overextend, built a support team including us three, a project manager, mentors, and a CFO, so if there is ever anything in our lives that would slow us down, there is a slew of backup to keep the momentum going.  Also, we have implemented a three prong marketing plan that includes science fiction and fantasy conventions, local bookselling events, and also library and wholesale sales.  We are going to flood the market from every avenue. We have worked very hard to see that the authors whose work we accepted and who already had books on the market can transition with no lapse of saleability.   We support our authors by providing merchandise, finding and arranging venues, and of course through social networking.  Most of all, though, we are dedicated to ensuring that everyone with whom we work is being treated incredibly well.  We approached the editors whom our former author didn’t pay, and have offered to pay them out of our profits from the books on which they worked.  We promote each other.  We follow the contracts that we have created.  We listen to and anticipate the needs of one another.  I have never been prouder.
I am proud to not only be the owner of a publishing house, but to see how a group of artists, who can sometimes by nature be prone to moodiness and an understandable desire to move our work forward at any cost have instead chosen to come together to work for the good of the individual and the whole.  I’m proud of the laughs that we have.  I’m proud of the caliber of work that we are producing.  I sold my boat, bought a fleet, and don’t regret it for a second. 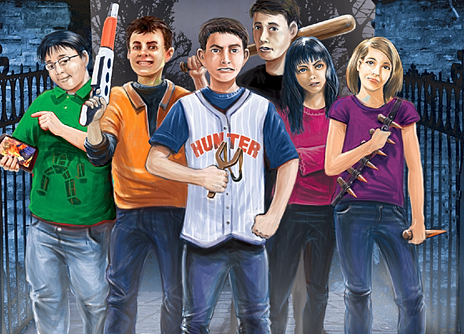 To find our more about us, you can visit our publishing house pages at www.3fatespress.com and www.linebylion.com and read about my book at www.hunterthehorrible.com.  We are on Facebook as well!   Also, we could really use some help getting this house off of the ground.  The expenses are astronomical and there wasn’t a lot of time to save for them, as we didn’t want the authors to suffer by having their books removed from the market.  Also, we are still trying to promote our individual works while we transition.  So, to help with this process, we have set up a groupfunding account through Indiegogo.  The link is www.indiegogo.me/linebylion and I ask that you please visit, contribute if you can, and share.  Also, we are open to submission, especially for children’s books.  Those may be submitted to [email protected]  Thank you so much for taking the time to read my story!