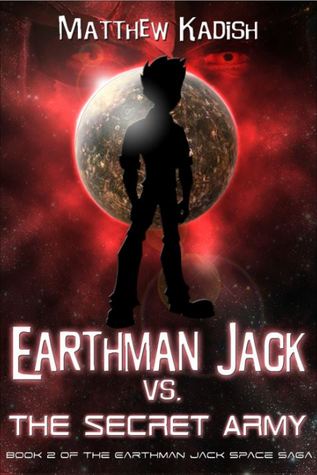 After his heroic battle against the Deathlords on the Ghost Planet, Jack Finnegan is looking forward to arriving at Omnicron Prime, the capitol planet of the Galactic Regalus Empire -the largest and most advanced civilization in the universe.

Things are looking bright for Jack. He has his unconventional group of friends, his mystical spaceship, and the girl of his dreams -Princess Anna. Not to mention a secret mission that could save Earth and everyone he cares about.

But things get complicated when he arrives at Omnicron. Not only is Jack uncomfortable being thrust into the spotlight for his courageous actions to save the universe, but he soon finds life in the Empire isn’t everything he’d dreamed it would be.

His friends abandon him to pursue their own interests. Greedy and cunning politicians conspire to steal his spaceship. Even his relationship with Anna is strained now that she’s gone from being “the girl next door” to the most powerful woman in the universe.

But beneath all that lies a new and terrifying threat from the Deathlords. A threat that grows in secret, slowly spreading throughout the Regalus Empire like a plague, and it threatens to destroy from within the only thing powerful enough to stop the Deathlords and their malicious rampage throughout the galaxy -the Empire itself.

Worst of all -Jack is the only one who knows about this new threat, and no one will believe his warnings.

Suddenly, the Empire is no longer safe for Jack and his friends. Even the people they’ve come to rely on the most can no longer be trusted. As those he’s sworn to protect turn against him, how can Jack hope to save the day?

Fighting the Deathlords was one thing. Fighting the “good guys” is quite another. Will Jack be able to find the strength to be the hero the universe needs?

Or will he finally be defeated by this Secret Army? 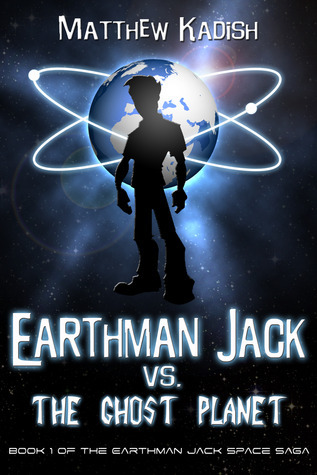 Earthman Jack is like Harry Potter meets Star Wars. A sweeping, epic space opera full of adventure, humor, magic, and coming of age. Fun for readers of all ages!


6 Star Trek Books All Sci-Fi Fans Should Read (Even If They Don’t Like Star Trek)
If you’re a Trekkie, then chances are you’ve picked up a Star Trek-themed book before.  But the barrier to entry to some of these novels may be rather large if you aren’t a fan of the TV show.  The good news is that some Star Trek novels are so good, they can appeal to any fan of sci-fi, even if they don’t like Star Trek!  Here are the top 5 Star Trek books sci-fi fans should check out if they’re looking for a good read.
Enterprise: The First Adventure by Vonda N. McIntyre – Before J.J. Abrams gave us a new version of Captain Kirk’s origins, Nebula winning sci-fi author Vonda McIntyre wrote this masterful novel about a young Captain Kirk having to come to grips with his command — including the uptight Spock, who considers his new captain to be a loose cannon (sound familiar?). For fans of later Star Treks who’ve never quite understood why the Kirk/Spock/McCoy relationship is so important to the series, McIntyre does a great job of establishing and developing that relationship, and showing just why that particular trio are so epic. This is a great place for people unfamiliar with Star Trek to start, for obvious reasons.
Planet of Judgement by Joel Haldeman – From the author who brought us The Forever War, Planet of Judgment has a lot of the great Star Trek staples, some big philosophical questions, and lots of huge space-opera action. The story centers on the Enterprise stumbling upon a rogue planet in space, orbited by a sun no larger than a pea – a circumstance impossible to explain by any known scientific law. Assuming the star to be an artificial construct, a landing party is dispatched to the planet’s surface, and becomes trapped.  Unable to contact the Enterprise, Captain Kirk must battle to solve the riddle of a planet where no equipment works and the laws science don’t seem to apply.  This is also one of the most adult of the Star Trek novels (not surprising, if you’ve read any of Haldeman’s other works), with the redshirts getting their faces ripped off and the Enterprise crew actually talking about sex.
Harbinger by David Mack –The first novel in the fan-favorite Star Trek: Vanguard literary spin-off series which focuses on Starbase 47, otherwise known as “Vanguard.”  In essence, this book is like the pilot episode of a new Trekshow, with lots of new characters and great themes to kick things off, so a new reader won’t get lost.  The tale centers around the Enterprise being damaged after traveling to the edge of the galaxy and stumbling upon an unknown Federation space station dubbed “Vanguard.”  Captain Kirk is puzzled over the existence of this starbase, and it eventually becomes a focal point of contention among the Tholian Assembly, the Orion Syndicate, and the Klingon Empire, who are suspicious about the Federation’s motives for exploring and colonizing such a little-known region of space.
Prime Directive by Judith and Garfield Reeves-Stevens – These two authors have a long and varied career with Star Trek, but their first novel in the Star Trek Universe is arguably the best they’ve ever done.  At the story’s center is one of the most in-depth analysis of Starfleet’s most cherished law: The Prime Directive.  This epic story examines what happens when Captain Kirk breaks the Prime Directive, causing a huge disaster in which the Enterprise is all but destroyed. Kirk is shamed and drummed out of Starfleet in disgrace, and the rest of the Enterprise bridge crew has to scatter and go into hiding, enacting an elaborate plan to bring Kirk back.  The book pushes the characters to their limits and shows that, even when things are at their worst, this crew is at their best.
Redshirts by John Scalzi – Aside from the obvious Star Trek reference in the title, this book isn’t really a Star Trek novel.  However, it does have a lot of fun playing with tropes from science fiction, referencing everything from Stargate to Dune, but especially Star Trek.  When the main character joins the crew of the starship Intrepid, he is expecting a relatively easy gig working in a lab.  He soon realizes, however, that something very strange is going on, and low-ranking crew members are dying almost faster than they can be replaced.  A group of low-ranking crewmen (the “redshirts”) decide the only way to survive their stint on the Intrepid is to figure out what is going on.  To save themselves, they embark on a strange journey that blurs the lines between reality and fiction.  The book becomes increasingly meta and philosophical as the story progresses, and there is also an undercurrent of irony and humor as the adventures of the crew become progressively more and more outrageous. Redshirts has a bit of a Hitchhiker’s Guide-esque tone at times, and is just laugh-out-loud funny at others. This book pokes a lot fun at itself and the science fiction books and shows it draws from.
Earthman Jack vs. The Ghost Planet by Matthew Kadish – Okay, so I’m biased since I wrote this myself.  But I can’t deny the influence Star Trek had on me.  If you enjoy action, excitement, and humor, then you should also read this novel, because it is my love-letter to all things science fiction, and has even been called “Harry Potter meets Star Trek.”  And the best part is you can download it for free from my website!  So now you really have no excuse not to read it.

About The Author:  Matthew Kadish is a Renaissance man, certified evil genius, and novelist.  Much like Scottish cuisine, the bulk of his creations are based on dares.  He is the most talented writer ever.  His mother tells him so every day.  Get a free copy of his book Earthman Jack vs. The Ghost Planet at www.EarthmanJack.com.  His latest novel, Earthman Jack vs. The Secret Army, is available now.

Matthew Kadish is an independent author and world-recognized evil genius. When he isn’t writing or being evil, he enjoys relaxing at the beach and videos of puppies. Much like Scottish cuisine, most of his literary works have been based on dares. He currently lives in Las Vegas and always bets on black, because Westley Snipes has yet to steer him wrong in life. He is the most talented author ever. His mother tells him so every day.