Contact
$0.00
Finders Keepers: An Archaeology Adventure with a Giveaway!
1,400 miles. 3 countries.  2 men she can’t trust. What could go wrong?

FINDERS KEEPERS is the first book in the new Jane Barnaby Adventures series:

It should have been a simple job. All archaeology student Jane Barnaby had to do was pick up a box her professor needed and deliver it to him at his dig site, along with his new car. Yes, his office was in Oxfordshire, and his dig site was in Spain, a trip of 1,400 miles across three countries and two bodies of water. Still, it should have been simple. And it was, until Jane discovered she picked up the wrong box by mistake. Not the one with boring pottery samples, but instead the one with priceless ancient Egyptian artifacts. The one that a team of international art thieves is after. Now she’s chasing – and being chased by – the thieves. And she’s picked up a pair of passengers who claim they can help her outwit them, get her professor’s pottery back and return the artifacts to their rightful owner. If only she could figure out which one of them is working with the thieves and which one she can trust in this high-stakes game of finders keepers. 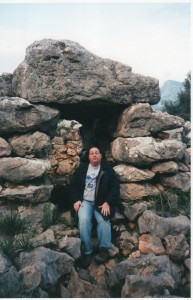 About the author
J.J. (James) Dibenedetto’s fans would swear he’s got a sixth sense when it comes to seeing into the minds of others and often wonder if his stories could possibly be fiction. He enjoys suspending disbelief with suspenseful paranormal tales that are a perfect blend of reality meets fantasy. His popular Dream Series continues to delight readers with each and every exciting installment. Born in Yonkers, New York, he currently resides in Arlington Virginia with his beautiful wife and a cat he is sure has taken full advantage of its nine lives. When it comes to the cat, he often wonders, but then again it might just be his imagination.
You can follow him at his website, on Facebook and on Twitter. And you can find all his books (including the complete Dream Series) on Amazon and on audiobook at Audible.com

Here’s an excerpt from Finders Keepers:

The thieves simply made a mistake. Whether Tom had put his box in the wrong room, or whether the thieves had gotten their wires crossed, who knew? She’d had trouble reading Professor Welldon’s writing; she hadn’t been sure if she was meant to go to Room 16 or Room 18 herself. It hadn’t mattered because the thieves had already gotten there and made the choice for her.

“When they finally got where they were going, they opened it up, and you can imagine their surprise.” Jane noted the vagueness there; she assumed Alex knew exactly where that was and, for whatever reason, didn’t want to say. She didn’t challenge him; she kept up her happy façade instead, and he went on. “They knew they couldn’t go back and steal the right box, but they had the label on your pottery, they knew where it was supposed to go.”

“They’re headed to Mallorca!” Jane couldn’t help herself; the words just poured out. “They’re going to wait there until I show up and try to trade, the pottery for the artifacts!” She knew she’d said too much. Alex’s eyes lit up, just for an instant, when she mentioned Mallorca. That was something, obviously, he hadn’t known. But he caught himself almost immediately, and so did she. She wondered if he knew that she knew he was putting on an act. She wondered if he knew that she knew that he knew she was, too. And she wondered if she had any aspirin in her purse, because that train of thought was giving her a headache. 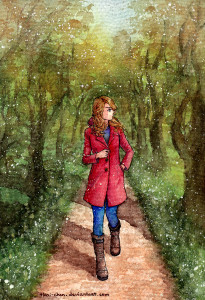 Last, but not least, to celebrate the launch of FINDERS KEEPERS, I’m giving away a signed paperback copy of either this new book, or any one of my Dream Series novels (winner’s choice). For your chance to win, just click HERE to enter!)

2 Replies to “Finders Keepers: An Archaeology Adventure with a Giveaway!”

That looks like a book I'd love to review! The bit I read comes across as witty and entertaining. I entered the giveaway while I was at it. Thanks for sharing! I'm popping in today from Booknificent Thursdays, where I also linked up my review of your book, The Collar and the Cavvarach. Have a great week!

I was going to say the same thing as Christina! Looks like a book I'd love to review! I hope to get the chance to read it soon. Thanks so much for sharing this at Booknificent Thursday last week. I'm sorry I'm late getting around!Tina